What Yoga Style Is Right For Me? 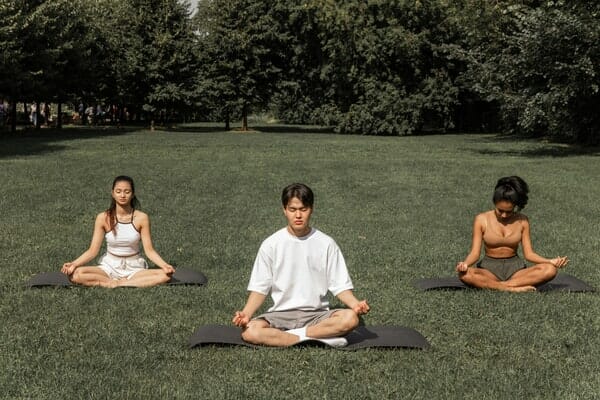 In the Western world, there are a variety of yoga styles to choose from these days. While there is no one style that is superior to the others, there may be one that is most appropriate for you.

Yoga is practiced to develop flexibility and strength, as well as to improve posture and aid in the healing of injuries. Others consider yoga to be a complementing discipline to their sports activities. Despite this, more and more individuals are turning to yoga to get away from the hectic pace of life – to relax and re-focus.

Knowing where to begin may be challenging since there are so many different forms of yoga and so many different things people want to get out of their yoga practice. Additionally, the fact that the titles of yoga styles are frequently written in Sanskrit, the language of the yoga tradition, does not assist.

This article provides a succinct description of a few of the yoga styles that are now available.

Hatha yoga, which is pronounced "hah-ta" and is literally translated as "sun-moon," is a kind of exercise that strives to bring the body into equilibrium. Hatha yoga is a wide term that refers to a variety of activities, including any types of yoga that incorporate physical postures, breathing methods (pranayama), and, in some cases, meditation as well.

Hatha yoga classes are often considered to be quite gentle. As you gain flexibility and strength over time, they will aid you in relaxing and being more comfortable in your own skin.

Traditional Hatha yoga lessons are more physically challenging than any of the four kinds of yoga described below, however they all fall under the general concept of hatha yoga.

Iyengar Yoga was founded by BKS Iyengar (often known by his pupils as "Guruji"), and it is a type of yoga that primarily focuses on physical postures (asanas).

Despite the fact that Iyengar yoga may be physically taxing, the slower tempo and lengthy holds of the asanas make it suited for all levels of practitioners. Modifications and variations may be provided to students who have particular needs, such as those who have suffered an injury.

Ashtanga Yoga is a type of yoga in which the practitioner bends his or her body in a certain way.
Ashtanga Yoga was created by Sri K Pattabhi Jois. It is a more dynamic, faster-paced type of yoga that is best suited to persons who have a fair degree of fitness or who want to improve their fitness level. Prepare to break a sweat!

When it comes to Ashtanga yoga, the poses are separated into six set series, and students are highly urged to master each set before going on to the next series. Because of the level of difficulty even in the Primary (or beginning) series, only the most dedicated pupils are able to progress farther than this point.

Ashtanga yoga is traditionally done in the "Mysore style" (Mysore being the hometown of Pattabhi Jois'Jois). In other words, students progress through the sequence at their own pace. Teachers go about the room to provide assistance where it is needed. It is necessary for the students to be familiar with the series before they may participate.

In addition, most Ashtanga studios offer "guided" sessions, in which the instructor walks students through the sequence step by step.

Vinyasa Yoga is a type of yoga that moves in a circular motion (Flow Yoga)
A lovely, flowing type of yoga, vinyasa is a kind of yoga in which the breath guides the practitioner through the transitions between asanas. Its intensity can vary; some Vinyasa courses are fast-paced and steamy, while others are a little more relaxed and contemplative.

Vinyasa teachers do not adhere to a particular lineage, but rather draw from a variety of forms to produce flowing sequences that vary from class to class and year to year.

Transitioning between poses with smooth, steady movement is just as important as maintaining proper alignment in each pose. Vinyasa is a great practice to try if you love a different type of workout and appreciate movement in your practice.

Bikram Yoga is a type of yoga in which you practice heat (Hot Yoga)
Bikram Yoga, which was developed by Bikram Choudhury, is comprised of a predetermined sequence of 26 asanas, which are performed in each class. Breathing exercises are used at the start and finish of each class.

It is the heat that distinguishes Bikram yoga from other types of yoga: Bikram studios are heated to around 105 degrees Fahrenheit. Bring a towel and a bottle of water with you, and dress in light clothing to avoid being overheated.

Yoga in a variety of styles

Yoga styles with an emphasis on anything other than the physical body include:

Raja Yoga is a kind of yoga that is practiced in India (primarily concerned with meditation).